I thought I would start a new series where I recommend 2 books that have bisexual main characters. I hope that I can convince more people to read these books, especially fellow bi people as we don’t get represented nearly enough! Not all the books I mentioned in the posts are perfect (plot, writing, character development, etc.) but the books I suggest are going to be books that I personally believe write bi folks in a represented way.

I’ve read a good amount of books with bi characters so expect a lot more of these in the future (will try to do either weekly or biweekly!)

How To Make a Wish by Ashley Herring Black

All seventeen year-old Grace Glasser wants is her own life. A normal life in which she sleeps in the same bed for longer than three months and doesn’t have to scrounge for spare change to make sure the electric bill is paid. Emotionally trapped by her unreliable mother, Maggie, and the tiny cape on which she lives, she focuses on her best friend, her upcoming audition for a top music school in New York, and surviving Maggie’s latest boyfriend—who happens to be Grace’s own ex-boyfriend’s father.

Her attempts to lay low until she graduates are disrupted when she meets Eva, a girl with her own share of ghosts she’s trying to outrun. Grief-stricken and lonely, Eva pulls Grace into midnight adventures and feelings Grace never planned on. When Eva tells Grace she likes girls, both of their worlds open up. But, united by loss, Eva also shares a connection with Maggie. As Grace’s mother spirals downward, both girls must figure out how to love and how to move on

INITIAL THOUGHTS: A quick but impactful read that deals with love, grief, friendship, and a teenager filling the shoes of a parent.

Themes: Healthy conversations regarding bisexuality, rehab is seen in a more positive light. Dealing with toxic people, especially if they are a part of your family. Intersectionality is also discussed.

Why YOU should read this: If you like Nina Lacour’s We Are Okay, I think you would absolutely love this book. The book explores dysfunctional family dynamics and the struggles of being there for your toxic loved ones. I think anyone can relate to having toxic people in your life and not wanting to let them go, even though they bring you down with them. Of course, the romance is cute. Although this book is quiet, many parts actually made me laugh out loud. Overall, this book will make you feel a lot of emotions.

Any Gripes: I feel like this is a cop-out of a gripe, but I, do wish this was like 100 pages long. I loved reading about not just the relationship between Grace and Eva but Grace and her best friend, Luca as well.

God, I’m dizzy, because like I said, it can be a guessing game with girls. A constant push and pull of hope so you’re not disappointed

Here’s the thing about wishes: they’re always changing on you. They’re either dying out, or they’re realized, and then they’re not wishes anymore. They’re only truly alive in their anticipation

For a long time, when I was a little younger, I thought that was how every girl saw other girls— this mix between beauty and awe and curiosity, a thin layer of lust just underneath. Took until I was fourteen to realize that no, the way I thought about other girls was a little different. 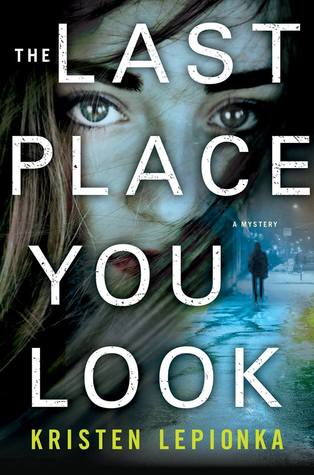 Sarah Cook, a beautiful blonde teenager disappeared fifteen years ago, the same night her parents were brutally murdered in their suburban Ohio home. Her boyfriend Brad Stockton – black and from the wrong side of the tracks – was convicted of the murders and sits on death row, though he always maintained his innocence. With his execution only weeks away, his devoted sister, insisting she has spotted Sarah at a local gas station, hires PI Roxane Weary to look again at the case.

Reeling from the recent death of her cop father, Roxane finds herself drawn to the story of Sarah’s vanishing act, especially when she thinks she’s linked Sarah’s disappearance to one of her father’s unsolved murder cases involving another teen girl. Despite her self-destructive tendencies, Roxane starts to hope that maybe she can save Brad’s life and her own.

INITIAL THOUGHTS:  A compelling thriller that features a proud bisexual private investigator. Do I need to say more?

Representation: Roxane: A bisexual private investigator. Some other queer side characters

Themes: There’s some discussion about biracial relationships, mainly when a black man dates a white woman.  The book also deals with gender roles and expectations.

Why YOU should read this: Maybe it’s just me, but I find it challenging to find queer adult thrillers/mysteries so when I stumbled across this one, I immediately picked it up. However, I was nervous to pick it up because I’ve grown tired of the “aloof but snarky female detective who basically sasses everyone for no reason (I still love you, Jessica Jones).” Roxane was not like this at all. She was empathetic, strong but flawed and does indeed try to do good to others. She’s someone you can easily root for. The mystery of this book was pretty compelling, especially since there is a time constraint. Just an FYI, this is more mystery than a thriller. I hope publishers will continue to release more thrillers/mysteries with queer characters because there’s defiantly not enough out there.

Any Gripes: *sighs* there’s sort of a love triangle. However, it isn’t that bad and definitely isn’t the main plot of the book (VERY minor side plot).

Trying to force a connection hadn’t gone very well for me before. But sometimes the connection insists on making itself. The universe sends you the same lesson over and over until you learn it. The world is a series of patterns on its own; the coincidence is only in the discovery of them.

Be nice, but not too fucking nice.

Have you read any of these books? Do you have any recommendations for books with bi representation? Let me know so I can check them out!